I was going to do a "best-of" for 2019 plus a "looking forward" for 2020, when I realized that their focus would be much the same: the treasure that is non-Broadway theatre.

I'm not denying the treasure that is on-Broadway theatre. There's something undeniably magical about those buildings, with their plush seats, ornate ceilings, and theatrical history. And there are always incredible shows running. But the prices are truly insane.

Once, when I was a kid, my parents were complaining about the price of something. I said, "But that's what it costs now." And my dad said, "Someday you'll be faced with a 'that's what it costs now' that you just refuse to pay. You just can't." I recently decided to bite the bullet and spend a small fortune to see American Utopia. But a small fortune wasn't enough. Could I have afforded the actual price? Yes, as a special treat. But I just couldn't do it. My dad was right.

Maybe it's because I'm old enough to have spent $9 on a "special treat" ticket--Debbie Reynolds in Irene, first row center. I was making $1.95/hr, minimum wage. Now minimum wage is ~$15/hr, and tickets are hundreds of dollars. Something is wrong on Broadway.

But Off-Broadway, and Off-Off-Broadway, something is right. You can see fabulous shows with brilliant casts from great seats, and it doesn't cost an arm and a leg. Not even a finger.

Here are ten of the theatre companies that I have found to provide reliably top-notch work at accessible, even cheap, prices. (All are linked to their websites; they're in alphabetical order.)

APAC. It's a pleasure to start with APAC (Astoria Performing Arts Center), which is high on my list of favorite theatre companies, mostly because the artistic director--Dev Bondarin--is one of the most reliably excellent directors in New York. In fact, when Roundabout announced their production of Caroline, or Change, my first thought was that I hoped it would be as good as APAC's!

And here's the thing: APAC's tickets for Caroline were only $25 for adults and $20 for students and senior citizens--an insane bargain. (I don't know if they will go up in the future, but even so, APAC will remain a bargain. Their Caroline was every bit as meaningful, beautiful, and heart-breaking as the original Broadway production!)

APAC has given us brilliant productions of Follies (amazing) and Merry We Roll Along (my favorite of all the productions I have seen, including the original), to mention only a couple. The rest of the 2019-2020 season includes the New York premiere of Jump by Charly Evon Simpson and a revival of Man of La Mancha. And who knows what 2020-2021 will bring?

Bedlam. I'm new to Bedlam, but after seeing their excellent revival of The Crucible (and also on the recommendation of a friend whose opinion I respect), I don't plan to miss any of their shows going forward. They don't seem to have announced their 2020 season, and I wasn't able to track down their ticket prices. (I bought my Crucible tickets on tdf.) But click here for their Facebook page, which may provide more up-to-date info than their website.

Elmwood Playhouse (Nyack, NY). I've only seen one show at the Elmwood, and to be honest I've heard some non-raves about their earlier work. But their production of The Little Foxes was solid, entertaining, and moving. Currently running is the Curious Incident of the Dog in the Night-Time, and tickets are only $27 ($24 for seniors and students). The rest of the season includes Born Yesterday, The Drowsy Chaperone, and Calendar Girls.

Flux Theatre Ensemble. I have been a huge Flux fan since 2009 when I saw the wonderful Lesser Seductions of History, a lovely and deeply humane play by Corinna Schulenburg, beautifully directed by Heather Cohn. In the intervening years, I've seen another 15 or so Flux productions, and an insanely large percentage of them have been amazing, incredible, thought-provoking, funny, and all the other things one hopes plays to be.

And talk about inexpensive! Flux doesn't even ask you to lay out money to get a ticket. They do ask you to support Flux in any way you can, but they don't want the price of a ticket to keep people from seeing their shows. (For more info, click here.) I donate to Flux every year.

Next at Flux: the world premiere of Rage Play by Nandita Shenoy, directed by Lori Elizabeth Parquet. Runs March 28 through April 11.

Currently at the Mint is Chekhov/Tolstoy: Love Stories. While I prefer it when the Mint focuses on more obscure writers, I am sure that this production will be worthwhile. After all, it's the Mint! (Ticket prices: $35.00 - $65.00.)


PTP/NYC is an Off-Broadway powerhouse of veteran and emerging talent creating socially and politically acute theatre for the 21st century. In its 27 seasons [actually, it's 33 now], the voices of PTP/NYC’s writers have addressed the necessity and difficulty of art, homelessness, censorship, pornography, AIDS, totalitarianism, apartheid and gender wars—always in passionate, deeply human terms. Playwrights whose work is often seen on the company’s stages include Howard Barker, Caryl Churchill, Harold Pinter and Neal Bell.

I have been blown away again and again by PTP/NYC, particularly by plays directed by co-artistic director Cheryl Faraone. Faraone's productions are lucid and smart; she lets the plays tell their stories with a subtle and smooth hand.

I don't know what PTP/NYC has up their sleeve; unfortunately, their website is terrible. But I do know that, whatever they produce, I'll be there.

Red Bull Theater. The Red Bull focuses on past centuries--often far past. For example, their next (one-night) event is a January 27 reading of Women Beware Women, Thomas Middleton's 17th century social satire. (There are $47 tickets left, and the reading has a very classy cast. For more info, click here). Sometimes I wish Red Bull productions were clearer; sometimes I wish they were truer to the original plays. But I'm always grateful to have seen their productions, feeling entertained and/or educated. And sometimes I'm blown away. 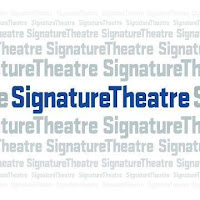 Signature Theatre. The Signature has a unique role in NY theatre, focusing largely on living playwrights but often including revivals of their earlier works. Signature used to pick one playwright per season; now they combine "legacy" and "residency" playwrights. The 2019-2020 season includes plays by Anna Deavere Smith, Horton Foote, Katori Hall, and Lauren Yee. And tickets are $35. Thirty-five dollars! (And ticket packages eliminate any fees, while providing a generous exchange policy.)

Voyage Theater Company. The VTC is brand-new to me, but I'm putting them on this list based on their production of The Hope Hypothesis. There's no way to know if their future productions will be as good, but I do know I'll give them a try.

York Theatre Company. The York is devoted to musicals, old and new, with main stage productions (such as the wonderful Desperate Measures and Unexpected Joy), concert readings (the fabulous Mufti series, recently including the very entertaining The Decline and Fall of the Entire World as Seen Through the Eyes of Cole Porter), and a developmental series of over 30 readings a year. (Shows developed or partially developed at the York include Avenue Q and the brilliant, insanely funny Musical of Musicals: The Musical.) Some York shows are flat-out wonderful; minimally, the Muftis are of of historical interest; the casts are often top-notch; and the voices are unmiked. Main stage tickets are $67.50 - $72.50; Muftis are $45 - $50. Plus you can get a York membership, which reduces the ticket prices significantly, and there are various forms of rush tickets.

Strange to think that, for a price of a pair of tickets to a Broadway show, you could see a show or two at all ten of these theatre companies! And I hope you do.