It was late summer 1974 and Debbie Reynolds was returning to the musical Irene for a brief stint before taking it on the road. (Jane Powell had been her replacement.) My friend R and I decided that we had to see it again, and this time in good seats.

I think this was the very first time I paid full price for a good seat. We usually sat in the cheap seats or wherever the TKTS booth or twofers put us. While it seems laughable now, spending $9 was a big deal. After all, I was making less than $2/hour in my part-time job as a cashier at Mays Department Store.

I marvel at how many shows Wendy and Liz saw last year. I come in under two dozen--and, even then, I am still playing catch up with 2015 openings (which I'm including in my list since I saw a few of these in 2016). I want to recognize shows that boast long runs without losing their richness, as well as new entries from 2016. I've seen too many musicals/plays that stayed open too long (Guys & Dolls with Jamie Farr, anyone?).

1. The Royale--Liz had an extra ticket to see this so I went grudgingly. Why would I want to watch a show about boxing? I couldn't have been more wrong. What most impressed me was the rhythmic nature to the boxing matches. How director Rachel Chavkin conveyed so much of the grace and music of the sport without anyone throwing real punches. The hard, syncopated claps stood in for the fighting so beautifully. Add to that the richness of the three impressive performances by Khris Davis as Jay, the boxer who wants to be the best in the world, Clarke Peters as his mentor, and McKinley Belcher III, the protege. Marco Ramirez's story shows the difficulty of progress and the reality of its unintended victims.

2. Head of Passes--Phylicia Rashad as a female, modern-day Job struggles between faith and grief as she loses everything yet still maintains her dignity. A bravura performance that moved me tremendously. Kudos to scenic designer G.W. Mercier (Juan Darien: A Carnival Mass) whose set literally falls apart, setting off a chain of events that tests Shelah's (Rashad) belief system. Beautifully directed by Tina Landau.

3. The Color Purple (closing on January 8). This actually opened in December of last year, but won best revival at the 2016 Tony Awards. Cynthia Erivo (as Celie) sings the best "I'm Here" I've ever heard. Perhaps it's because her evolution from trembling child victim to a home-owning, confident business woman is so hard-won and believable in this production. Ervio, who won Best Actress, had two standing ovations after numbers the night I saw this in December.

4. The Curious Incident of the Dog in the Night-time--I saw this in July. It is a testament to the strength of the production that even near the end of its run, the show resonated with its beautiful story, told in a unique way. With scenic and costume design by Bunny Christie (Tony Award), lighting design by Paule Constable, video design by Finn Ross (Tony Award) and sound design by Ian Dickinson for Autograph. What an amazing production team. I saw Tyler Lea, making his Broadway debut in the role of Christopher.  Alex Sharp won the Tony for his portrayal of the same part in 2015, and Lea was so moving in the role I wish he could get the same recognition. Two more Tony Awards went to author Simon Stephens and director Marianne Elliott.

5. The Waitress/Fiddler on the Roof--The Waitress wasn't my favorite show but it did contain Jessie Mueller who might just usurp Kelli O'Hara as my top Broadway actress. The show itself is energetic and entertaining. Lots of laughs and songs that fill in the story nicely but nothing you'll remember afterward EXCEPT for Mueller's rendition of "She Used to Be Mine." Watch this: https://www.youtube.com/watch?v=DDDqIxGk9pg You'll see what I mean.

Fiddler--I loved this version and Danny Burstein's sweet Tevye. How nice it was to see Alix Korey on Broadway as Yente, too. What a great musical this is, with its score by Jerry Bock and lyrics from Sheldon Harnick, with songs of love and loss that still are relevant 52 years after it first was staged! The emotional impact of the show is increased by its references to the future: the show opens, for instance, with a glimpse of Anatevka's future, with Burstein standing on a lonely, bare stage looking at an old battered sign with the village's name before swirling into Tevye moments later. It closes Dec. 31.

Posted by Sandra Mardenfeld at 4:17 PM No comments: 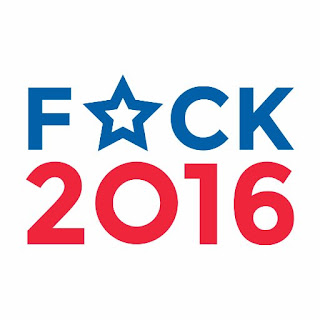 READ MORE>>
Posted by Liz Wollman at 3:15 PM No comments:

Due to some health challenges, I only saw 42 shows in 2016--my lowest total in decades. Yet it was still difficult to carve my best list down to 10 entries. 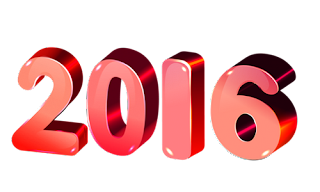 I remain in awe of the breadth of theatre available in New York--and I remain dedicated to the idea that New York theatre is much more than Broadway. In fact, only one of my top ten entries is a Broadway show; four were Off-Broadway; three were at City Center or St. Ann's; and the remainder were Off-Off-Broadway. In other words, New York continues to offer superb theatre options for less than the cost of a movie and popcorn.

Here's my list, mostly in alphabetical order, followed by some random "bests." (Where possible, I've provided a link to my review.)

Blossom: Puppet theatre at its most emotional best.

Cabin in the Sky: Not a great show, but, oh, those performances!

In very dark times, I'm always telling my students, people crave the comfort-food version of mass entertainment: breezy movies, bubbly Broadway shows, silly TV sit-coms, trashy romance novels. But lately, I've been disproving my own axiom. For the first time I can think of, at least in my life, the news has been so relentlessly, sloggingly bad, and the state of the country so brutally disillusioning, that somehow, easy escapism just isn't doing it for me. A very large portion of the country is going through in a period of collective mourning that I somehow feel the need to remain ever alert and connected to. Tuning out completely, while certainly tempting, feels cheap, at least for right now. I'm envious of those who can do it, but I haven't felt completely safe in totally blotting the world out. Somehow, remaining connected to the problems plaguing the country, while at the same time seeking solace in diversions that allow me to sort of tune out halfway, is where it's at for me these days. So I thought I'd weigh in about two shows that recently worked for me, despite--or perhaps because--of their heavy themes and underlying sadness.

READ MORE>>
Posted by Liz Wollman at 4:49 PM No comments: