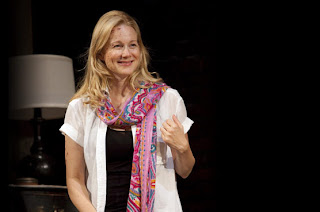 Some shows reveal their flaws on repeated viewings. Donald Margulies's Time Stands Still reveals its strengths. [spoilers follow] Some things that struck me on viewing #3:
I have seen Time Stands Still labeled an overrated play; however, I suspect that it is underrated.
Posted by Wendy Caster at 5:02 PM