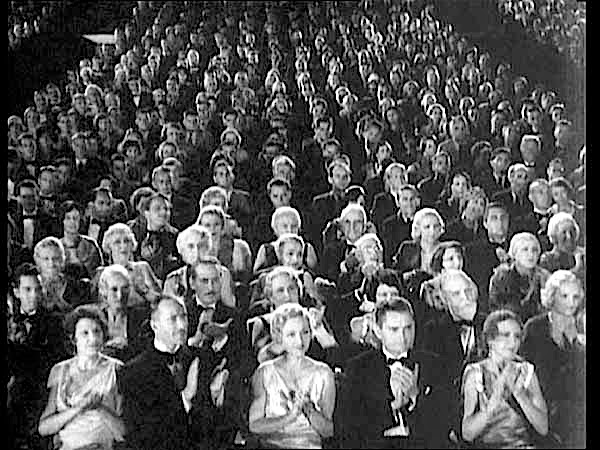 Have you seen the Broadway League's recent report on the demographics of the 2013-14 Broadway audience? If you haven't, and you're interested, you can check it out here.

I recognize that demographic surveys strike a lot of people as about as interesting as watching a boring person eat a sandwich. But I look forward to the ones the League release, because they give us as clear a picture of the commercial theater audience as anyone can get. Believe me when I tell you that there is nothing more maddening, when it comes to writing about popular entertainment, than not being able to truly assess the audience. Until we develop some sort of magical device that allows us to read, with incredible accuracy and clarity, the Borg-like hive-mind that makes up any group of spectators, the Broadway League's demographic reports mean a lot, and I'm grateful for them.

That being said, the findings in this particular study don't strike me as especially celebratory.

Last week, on his blog The Producer's Perspective, Ken Davenport discussed the initial findings. A few days later, at the request of one of his readers, he compared the findings with those of a previous audience study, conducted during the 2007-08 season. The upshot: Broadway is older, whiter, and richer than it was less than a decade ago.

The historiography of the Broadway musical tells us repeatedly how intricately bound it is with this country's very development. Borne of immigration, optimism, anxiety, good humor, strife, and, of course, gumption, the stage musical drew from vaudeville, burlesque, minstrelsy, operetta, opera, ballet, and pantomime as it developed through the late 19th and early 20th centuries. More recently, film, television, and mass-mediated pop song have joined the ever-growing mix of influences that the stage musical borrows from. The American stage musical is an optimistic mosaic of an entertainment form that was, for all its far-flung influences, birthed in an optimistic mosaic of a country.

But if the trends outlined in the audience survey continue, the commercial theater capitol of the country will only become less accessible to more of the population.

This is hardly new news: Broadway has been caught in a vicious cycle for a very long time. New York City is expensive and getting expensiver, and maintaining big theaters at its very center is ridiculously, impossibly, exorbitantly so. This has long been the case, and thus Broadway has always been intensely commercial. It has no choice: production costs have been soaring precipitously through most of the 20th and 21st centuries; it's only gotten worse since the 1970s. The higher the costs, the higher the ticket prices, the wealthier patrons have to be to afford to attend, even occasionally. Add to the mix a fear of taking big, expensive risks, a subsequent emphasis on revivals, jukebox musicals, and staged versions of movies, comic books or television shows, all of which are less challenging than they are comfortingly familiar, and you alienate even more people: You want me to pay over a hundred bucks a ticket for something I saw in the movie theater two years ago for a fraction of the cost? What the fuck, you corny, outdated tourist trap?

I know, I know, I know: People have been whining about the imminent demise of Broadway, and specifically of the Broadway musical, practically since Broadway was invented. I've done it myself, a whole lot. But I'm not doing it here. Laying out the problems Broadway has is not the same as announcing its death. And as I see it, Broadway isn't going anywhere. The commercial theater industry has clearly figured out how to make money--how, in fact, to pump billions of dollars into the city's economy annually--despite eternal odds, despite the vicious cycle described above, despite endless proclamations about how Broadway died, is dying or is dead. Believe me, Broadway has done well for itself.

So, too, has the musical, which no longer really needs Broadway to survive as an American entertainment form. There are oodles of musicals happening all over the country (and across the world): Off and Off Off Broadway, in regional theaters, community centers, churches, synagogues, and schools. Also, broadcast live on television and  opening soon at a movie theater near you. Both here and increasingly abroad, there's plenty of support for the stage musical. Potential Broadway audiences are being created every time a kid auditions for their middle school production of Hairspray or a vacationing family buys tickets to a summer-stock production of South Pacific.
So really, the only thing I'm seeing as a potential problem is how much harder it has become to actively support the very place that gave birth to the American stage musical in the first place.
It would be a shame if Broadway, the commercial theater capitol of the country, weren't able to sustain its own legacy. Which is why I'm not thrilled by the audience demographics. Musicals are, by nature and design, meant to be inclusive, and Broadway just isn't.

Now, Broadway's no fool. It knows that it needs us more than we need it. There are plenty of people and institutions working in the commercial theater who are dedicated to making change, and, I hope, thus to reversing audience trends. This, too, is hardly new: Hair, after all, attracted more young people and people of color to the Biltmore Theater in 1968 than any other show of its time. Joseph Papp, who released the rights to Hair when it moved uptown and then vowed never to make the same mistake again, pioneered the art of opening shows on Broadway in order to generate income for smaller, riskier shows at his Public Theater. The original run of A Chorus Line is STILL helping support shows in development at the Public. Rock musicals, jukebox musicals, musicals that move from smaller local theaters, and musicals that have been tried out regionally or abroad continue to show up on Broadway in hopes of attracting the ever-elusive "new," "more diverse" audiences that Broadway knows it badly needs. There have been some successful ventures by prominent black entertainers and music industry people--Russel Simmons, Will and Jada Pinkett Smith, Jay Z--that have seen varying degrees of success. There is a small but growing number of theater producers who are not white or male--not many, but certainly more than none--who have new, interesting shows in the works. And the trend toward the "non-profitization" of Broadway theaters seems a positive step toward shows that might attract more diverse crowds. Discount sites--the wonderful TKTS booths in Manhattan and Brooklyn, and their online component, which are sponsored by the Theatre Development Fund--help a lot. So do BroadwayBox and countless other sites that have sprung up to help relieve the cost of tickets.

Clearly, though, there needs to be more: more outreach, more risk-taking, more shows by and about more people, more marketing of said shows and of ways to get breaks on them. More access to cheaper tickets. More courting of more people.

Broadway has done a fine job of keeping itself alive and well despite the many times it's been pronounced dead. But now, it needs to work on retaining its connection with the genre it built. It knows how to put on a show; now it needs to make ever-widening, ever-diverse audiences of all ages, backgrounds and tax brackets feel as loved, supported, and appreciated as a full company does at the final curtain.