An American in Paris

There are two sorts of lovers. (This is simplified, but bear with me.) The first focuses on one thing at a time, giving it full and lingering attention. The other is more varied, changing positions, kissing here, touching there, changing positions again. Christopher Wheeldon is the choreography equivalent of the latter. My preference is the choreography equivalent of the former.

(Note that while I saw an early preview, the show already had a run in Paris, so it's fair to assume that what I saw is what the creative team wanted me to see.) 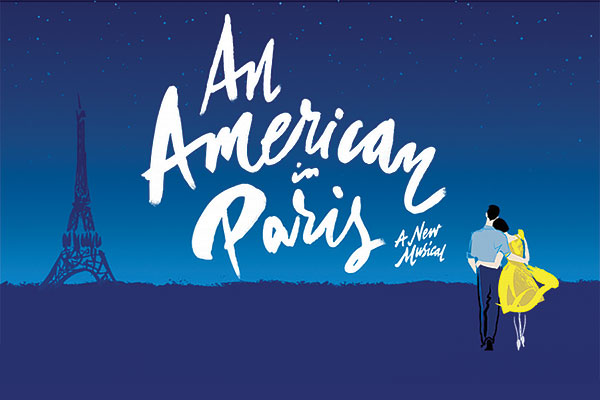 I did not particularly enjoy An American in Paris. Although Wheeldon's dance vocabulary is impressive, and although I have adored some of his ballets, his choreography here is overbusy, constantly upstaging and distracting from itself. For example, at one point various characters are watching a delightful faux-avant-garde dance. The movements are mechanical and odd, and lovely. Wheeldon manages to be satirical and beautiful at the same time. When the other characters then start their own dance, it is actually annoying. Let me just watch one thing and enjoy it! This sort of split focus happens over and over.

Wheeldon seems to be anti-ensemble. His dancers rarely do the same thing, and certainly not for any length of time. New movements come at you like the editing in a music video, never allowing you to focus. When one number had a kick line, and a damn good one, it was fabulous to sit back and enjoy the ensemble work--which unfortunately lasted for maybe maybe six kicks. Really? It's a Broadway dance show and you can't give me a decent kick line?

Since An American in Paris is indeed a dance show, it doesn't make sense to expect the acting and singing to add much. But they certainly shouldn't make the show worse! Most of the acting was lame, and there was zippo chemistry between the leads, Leanne Cope as Lise and Robert Fairchild as Jerry Mulligan. Most of the singing was okay at best. To call Cope's voice small is to call an ant--no, a molecule--no, a quark--small.

The scenes were mostly excruciating. Book writer Craig Lucas brings nothing to the table except lame jokes and lamer excuses for numbers. He has Jerry insist on calling Lise Liza so that Jerry can sing the song "Liza.". The dialogue is meant as little more than nonsense, I know, but Jerry ends up seeming like a jerk. Lucas also has three men in love with Lise, as though there are no other women in post-war Paris!

It is of course a treat to hear all of that Gershwin music, though some of it is less than exquisitely played. The backgrounds are lovely, though the actual sets are tacky. The costumes are fine.

For me, the hero of the show is Max Van Essen as Jerry's friend and Lise's betrothed. Van Essen can sing, dance, and act at the same time. His "I'll Build a Stairway to Paradise" is the highlight of the evening. (I am not alone in that opinion. The grumpy guy behind me, who had liked nothing, said, "Now, that was a good number.")

I agree with you 100%. I was so disappointed in the show. So many mistakes and missed opportunities.

Fixed the date. Thanks