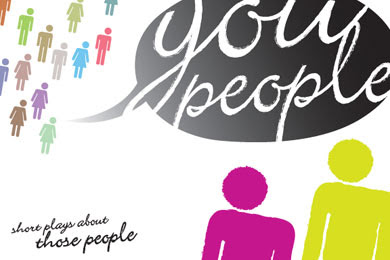 In five short glimpses of people you've seen before but possibly never considered, The Shalimar have painted an impressive mosaic of American life -- through the eyes of the disaffected, the obese, the immigrants, and the religious. From comic parables like Josh Liveright's "Deseret Desire" to the bleak realism of Michael John Garces' "Tostitos," it's time to meet You People. While it's admittedly not as well put together as their last Phaedra-conflating epic, LA FEMME EST MORTE (or Why I Should Not F!%# My Son), it succeeds at being a melting pot of ideas. It's not a very hopeful glimpse, though: there are a lot of dissatisfied people in these plays, willing to compromise themselves (often for sex), and as if playwrights are simply reflecting the current attitudes of America, then I worry about where we're going.