Although Ben Brantley's opinion can change the fate of a show, and yours and mine can't, in a deeper sense his is no more valuable than ours. Some of us may bring more experience to the table; some of us may be better writers; some of us may know more about the history of theatre. Nevertheless, an opinion is an opinion. Here are some definitions:

Brantley and the other mainstream theatre critics follow the essay style of giving their opinions as though they are fact. Here's Charles Isherwood* on The Humans: a "blisteringly funny, bruisingly sad and altogether wonderful play." No wishy-washy-ness here. Isherwood gives his blessing from on high, and The Humans gets to move to Broadway. (Yes, I am simplifying here, and The Humans received many positive reviews, but would it be moving if the New York Times had hated it? Very possibly not.)

The reason I'm focusing on The Humans is that I find its success inexplicable. It covers some of the most well-trod ground in theatre (dysfunctional family, secrets revealed, etc.), and its dip into the supernatural does little to make it unique or interesting. (You see, I can write as though my opinions are facts, too!) But it touched something deep in Isherwood and many other critics, and there's no arguing with their response: emotions are emotions, and they're even less factual or arguable than opinions.

As it happens, many of the shows on my "not-best list" received excellent reviews. So I'm particularly aware that all we have are our opinions. I'm grateful that so many of us can express ours on line. May many voices be heard!

In alphabetical order (if I reviewed the show, the review is linked):

An American in Paris: Many people loved this show; I was not one of them.

A Delicate Balance: Unimpressive production, particularly considering what might be expected from that cast! (Glenn Close, John Lithgow, Martha Plimpton) 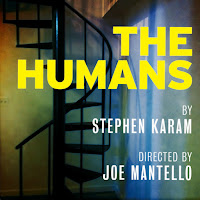 Ghosts: I suspect that I might have been more impressed with this production at BAM if my seats were closer to the stage. But they weren't, and I wasn't.

The Humans. As I said above, I don't get why people love this show. However, it even received a good review on this very site.

Josephine and I. I loved Cush Jumbo in Julius Caesar at St. Ann's. I enjoy her on The Good Wife. But I found this one-woman show self-indulgent and kinda boring (Brantley loved it).

A Month in the Country. This may well receive my award for "disappointment of the year."

Rasheeda Speaking. I have no idea why people were impressed with this awkward, unconvincing faux-significant drama.

Something Rotten. Although I completely hated this show, in this case I understand what people enjoy about it. It makes a few simple promises--silly fun, lots of theatre references, broad performances--and keeps them all.

Waiting for Godot. It hurts me to write anything negative about Waiting for Godot, particularly when the Gare St Lazare are supposed to be some of the foremost interpreters of Beckett. But I actually walked out of this turgid, humorless, heavy-handed production, assuring the Beckett newcomer with me that Godot is a much, much better play than he had just seen.

Having seen none of these shows, but Josephine and I, I can only comment on Josephine and I … I quite like Josephine Baker...I quite did not like nor enjoy this evening. Packed in as we were, in the sardine-like seating...only added to my dislike of this show.