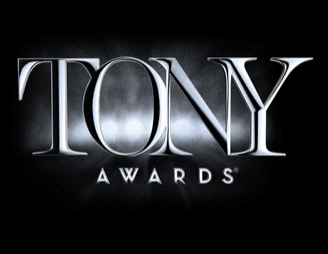 The Tony Awards are always my favorite awards ceremony, but this year they really pissed me off. And while I am the first to argue that the Tonys are never an accurate barometer of the broader state of commercial theater in New York or anywhere, I was nevertheless dismayed by the direction last night's broadcast chose to take.

Generally speaking, Broadway has been in a weird place for the past, oh, near-century or so. Once an epicenter for popular culture in this country, Broadway has been struggling to reclaim its legitimacy since at least the 1950s, when rock and roll came along and sent Tin Pan Alley packing. I sympathize--it's tough to be made to feel like you're past your prime. Thus, while I can be snarky and loudly critical sometimes, I'm nevertheless fairly supportive of whatever the theater industry chooses to do to keep musicals alive and relevant, not only because I love and believe in the theater (commercial and otherwise), but because, selfishly, I want to patronize it as much as I possibly can and would have to find something else to do with my life were it to go away.

That being said, last night's ceremony seemed to be imitating the bigger ceremonies--the Academy Awards, specifically--in ways that it shouldn't. I hope that next year's broadcast doesn't think these things were worth revisiting:


1) The lack of inventive, interesting musical numbers.
Don't get me wrong, here. The nominated musicals all spoke for themselves, quite nicely. The After Midnight number made me want to rush out and get tickets, and the Gentleman's Guide to Love and Murder and Violet numbers made me glad I'd seen the shows. But the opening number was, while well-executed and filled with funny bits, ultimately just a lot of hopping, with no big payoff. I kept envisioning the choreographer, during rehearsals, as Corky St. Clair: "Sure, just a little hopping. Simple, easy, brilliant! We're hopping, we're hopping...have some fun with the hopping! You're a bunny! Why not?" And the closing number seemed rushed, slapdash and kind of lazy. Which is fine, I guess--it's not like there are a lot of monstrously talented people in this town who would be able to put together something sharper and more memorable for the closing number or anything.

2) The lack of emphasis on the people who actually make theater.
Ok, maybe watching people who compose, orchestrate, light, set-design and choreograph the shows get their awards is boring to some of the viewers at home that CBS always seems so unbelievably desperate to court, but fuck that. This is an industry awards show--is it so arduous to televise the people who give their lives to the goddamned industry, even just a little bit? It's very nice of CBS to broadcast the Tonys every year, even though they like to remind us how hard it is for them because so very few people watch it. But enough with the charity, here. Let people who work hard behind the scenes have a few minutes of spotlight, please.

3) The pandering.
Yeah, sure, invite Clint Eastwood to the Tonys and let him ramble through a nomination. But two? TWO? So that he could meander and tout his upcoming movie version of Jersey Boys and prove to the country that even though he is still directing, he can barely form words anymore? Look, I don't agree with his politics, and I bristled at his presence initially because the last time I laid eyes on him, he was talking to a chair at the Republican National Convention. But the theater allows for all perspectives, not just mine, so I got over that part pretty fast. The audience at the awards last night clearly didn't, though--Eastwood didn't get the kind of extended standing ovation he usually does when he walks out onto a stage in front of an audience of thousands. Or when he walks down the street, for that matter.

But I digress. Here's what bugs me: he got to give two awards? No one else did, but Eastwood did? Why? Was that part of his agreement? "I'll show up to ramble at your penny-ante awards for the first time in my life, and I'll do you the added favor of mentioning my film, but I won't do it unless you let me stand there for an extra long time because I am famous and you need me more than I need you, you pathetic little fuckers." Was that how it went down? Because it sure felt like it. How desperate is CBS, anyway? How desperate is Broadway?

3) Selective advertisements for shows to come.
With that in mind, what the hell was that whole thing with Sting? Has Sting ever been to a Tony broadcast before? Has ever ever been to the theater before? I think I'm even angrier that Sting was there than I am that Clint was, because I have a real aversion to people who decide that what other people do with their lives is easy, and older rock stars do it all the time when it comes to Broadway.

This is, I admit, sort of a personal thing: I hate it when people say things like "I'm retiring next year, so I think I'll teach a class," or "I have a little downtime, so I think I'll write a book." Great, sure, do it, but in doing so, stop implying that it's easy and something you'll do in place of actual work. I have never once, in my life, thought or said, "Hey, I have a sabbatical coming up, so I think I'll dabble in a little brain surgery!" or "After work today, I'm going to just go design and erect a building." I don't think that way because these things are hard, and specialized, and something that other people pour their lives into. So are teaching and writing. AND SO IS PUTTING ON A FUCKING BROADWAY SHOW.

Sting has a musical coming to Broadway in the fall? Great, wow, it's so nice that his little side project is getting so much attention. After all, similar side projects worked so well for Paul Simon, Randy Newman, and half of U2. It's just so easy! And it was clear from Sting's song last night that he totally, totally knows what he's doing when it comes to writing for theater!

I wish Sting well, but wonder why the hell he was allowed to take up our time when there are shows like Holler If Ya Hear Me that are actively courting audiences and opening in a few weeks. Holler got absolutely no structured mention last night. Its director Kenny Leon touted it, since he won an award for Raisin in the Sun and got to sell Holler during his acceptance speech. But that was it, unless you count the commercial for Holler that ran during the early part of the Tonys, which seemed to emphasize its lack of hip-hop and its "universality" (read: its appeal to white people and its lack of scary, scary rap! We promise!). Just when I think we're edging away from the whole Great White Way thing, shit like this happens to make me wonder.

At least, though, Sting's show is actually planned for Broadway, which counts for something, I guess. The other show that got the spotlight, Finding Neverland, has no plans yet for Broadway, and was performed by Jennifer Hudson, who will not be part of the cast wherever it is staged. Finding Neverland got the last spot of the night because it's being produced by Harvey Weinstein. It's good to be the king, I guess. I would have preferred seeing some actual Broadway people get the spotlight in the time it took Hudson to do Weinstein that favor, but what do I know?

4) The endless emphasis on straight, white men.
Yeah, yeah, Hugh Jackman is sexy and virile and a big star, and also a straight guy, which seems to be what Broadway wants more of, both onstage and in the seats these days. I give Jackman props for not pinching anyone's ass or burying his face in anyone's tits last night, but that's about it. Ogling the chorus girls? Making lame jokes to NPH about gay sex? Singing a Bert Parks-like homage to the "ladies" who were nominated for both Best Actress in a Play and Best Actress in a Musical? What the fuck was that, and who the hell asked him to act less like himself and more like Seth Macfarlane? The condescension in last night's show struck me as especially insulting and poorly executed so shortly after Lynn Nottage's concise, beautiful op ed ran in the Times.

I reiterate that this year's broadcast doesn't say anything, really, in the long term, about Broadway. Last year, for example, it was a really great thing to work behind the scenes and have a vagina, and as we all know, that was just a passing fad, much like it was for indie rock during the 1990s. So who knows what will happen next year?

Whatever does, though, I hope very much that the commercial theater industry remembers that for all its scrambling to keep itself alive and in competition with the mass media, it can still remain at least a little truer to itself than it did this time around.
Posted by Liz Wollman at 10:18 AM