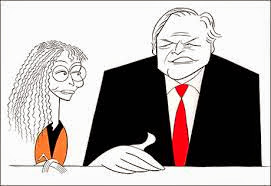 A.R. Gurney's Love Letters has long been a favorite of regional theatres and one-night-only benefits. Its conceit is simple: two performers--a man and a woman--sit side by side at an oak table and read the titular epistles, which amount to over fifty years' worth of correspondence. It's easy to produce, with a simple set and no props, and easy to entice well-known actors to participate, given the lack of necessary rehearsal and optional memorization. It's also, often, heavy on the schmaltz. I did not go into the current Broadway revival of the play, currently in previews at the Brooks Atkinson, expecting to be moved. Yet as the lights came up, I found tears in my eyes.


Andrew Makepiece Ladd III (Brian Dennehy) first writes Melissa Gardner (Mia Farrow) when they are seven years old. He tells her that she looks like a lost princess. Andy is well-bred and conservative, who comes from a loving family of modest means. Melissa is free-spirited and wealthy, though her home life is anything but idyllic. As their futures diverge--separate private schools, colleges, marriages, accomplishments and disappointment--the bond they forged through letters remains. Andy joins the service, and marries a Japanese woman overseas; though they are happy, he divorces her, ever aware of presenting the right appearance when he returns home. Melissa marries young and has two children, and garners some minor recognition as an artist; when her marriage ends, and her children become estranged from her, she spirals into alcoholism and depression. Their paths cross once more, tragically, in middle age, after Andy is elected to the US Senate.

The two performers here are ideally matched. Dennehy projects the appropriate combination of steadfast righteousness, good manners, and unrequited love. You picture him as the serious boy who grows up to become a serious man, never erring in what's expected of him. Farrow is simply revelatory. From seven to sixty, she presents Melissa's insecurities, desires, and fears with absolute assurance. Even when sitting stock-still, she conveys so much emotion with a simple tilt of the head, a tear, a laugh. It's a triumphant performance, which makes the final moments of the play all the more devastating.

Together, Dennehy and Farrow are so attuned to each other that the proceedings never lag. Credit their skill as actors for this, of course, but also credit Gregory Mosher. I've said many times that he's one of the finest ensemble directors currently working in theatre, and what he manages to make out of relatively little here only cements my beliefs further. One imagines that he will work similar magic with the subsequent cast members over the course of the run.

Opening night is set for Thursday, September 18, and the current cast is scheduled through October 10. Dennehy will continue in the role of Andy until November 8; Farrow will be replaced by Carol Burnett beginning October 11. Alan Alda and Candice Bergen will perform November 9-December 5, with Stacy Keach and Dame Diana Rigg taking over December 6 and continuing through January 9, 2015. The final announced cast, at this point, is Martin Sheen and Anjelica Huston, who are scheduled from January 10-February 15. The production's website promises that further casts are to be announced. My recommendation is that whatever you do, make sure you see Mia Farrow's extraordinary work here.