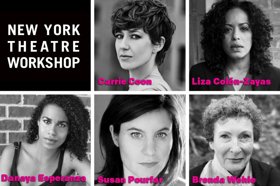 
The story of a single mother (the amazing Carrie Coon) with a seriously disabled child, Mary Jane shows how her life is lived 100% in response to his needs. She juggles his physical care, his multiple hospitalizations, and arranging his nursing coverage, all while trying to keep a job to maintain his health insurance. (She mentions that she has used up all of her sick days and vacation days, and it's July.) Her personal life is close to nonexistent. Her interactions all occur around her son and his needs.

Mary Jane exists between the lines. While we hear about suctioning and surgeries and child-size wheelchairs, we see Mary Jane's struggle to stay sane, keep a good attitude, and remain optimistic. She doesn't complain much, and she makes excuses for people who don't come through, such as her ex-husband and the night nurse who sleeps on the job. She loves her son fiercely and downplays the stress of her existence.

The scenes are simple. Mary Jane talks with the super of her building, her son's day nurse, her son's doctor, another mother with a seriously disabled child, and the chaplain at the hospital, a Buddhist nun who grew up Episcopalian. There is much humor in the play, and tremendous compassion. It's exhausting, devastating, and beautiful.

Mary Jane is well-supported by its design elements. Laura Jellinek's scenery is appropriate and clever, and I flat-out enjoyed the scene changes. Emily Rebholz's costumes gave a good sense of people's personalities. The lighting design by Japhy Weideman was evocative and attractive.

The one complaint I have about Mary Jane is that it isn't initially 100% apparent when Liza Colon-Zayas changes from playing the nurse to playing the doctor; a change in hairdo or some other signal would have helped.

I have to wonder how Mary Jane will come across with a different cast and director, since this one seems to be the heart, sinews, and muscle of the show. Every actress is deeply aware of all that is felt and unsaid; every actress lives comfortably between the lines. And Carrie Coon in the lead role is as brilliant as always. It's a lucky playwright who has her in her play.

One of the people with whom I saw Mary Jane commented that she enjoyed that the whole cast is female--and of course the writer and director are women as well. I didn't consciously note their gender, which I see as a sign of progress in the theater. Women can write, direct, and act in a play, and it's not as big a deal as it used to be. We can just talk about their work and their talent and their success. Lovely. Women have far to go in theater, but this feels like a real step.