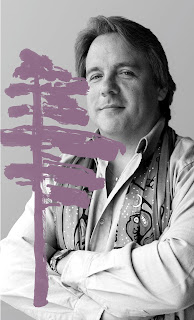 
There were a few surprises in the show, from the first moment that Copper emerged from his canoe to the brilliant integration of the now traditional land acknowledgement into the content of the show itself. These helped remind me that reconciliation is not something that we agree to do once, then we are "good to go" as Poole essentially argues throughout the show. It is not enough to acknowledge that we have taken the land that we live, work, and create on. That does not exempt you from ignoring the man in the canoe right next to you, as Poole tried to do.

Everything that Copper did felt human. He laughed, he cracked jokes, he grieved. Of the two characters, he felt most comfortable speaking out to the audience not to plead his case or make excuses, but to share the ritual of growing manoomin with everyone gathered. Everything Poole did made her feel distant. Though she had the high ground, literally, it felt like she was on trial as she drank another glass of chardonnay and explained again she did not kill Copper's crop, though she did give her neighbors the first nudge.

The trouble there for me is that I was never on Poole's side. Though I am more like her in terms of identity and upbringing, I did not relate to her at all. Or perhaps I did not want to relate to her. I did not want to see myself so wrapped up in my own family, grief, and ideas of success that I would ignore the culture and generosity right outside my door.

While I am grateful for theatre that challenges me, I did not find that this message surprised me or stayed with me for very long after the show ended. I felt too comfortable picking a side in this two-hander. If it were really that easy, then would we need to tell stories like Arthur Copper's? Would it even be a question that Native traditions and living are equally worthy to Western ways? Perhaps I am too young to appreciate the property values and family ties that make a second vacation home so hard to sacrifice, but to me none of Arthur Copper's practices made Poole's life unbearable. I can see no reason why it had to be all or nothing, and yet even when faced with the full force of Copper's humanity, she still chose to fight him.

Drew Hayden Taylor, Patti Shaughnessy, and creative team created a realistic world in Cottagers and Indians, one that I recognize, but one that no longer interests or challenges me. I hope that means that the future, starting with my generation, will demand more. More definitions of success, family, truth, reconciliation, and what living together as Canadians means.

*Complimentary tickets to preview performance, for previous volunteer work for the theatre. We sat on stage left side, middle of the house.
Posted by Maggie at 10:00 PM