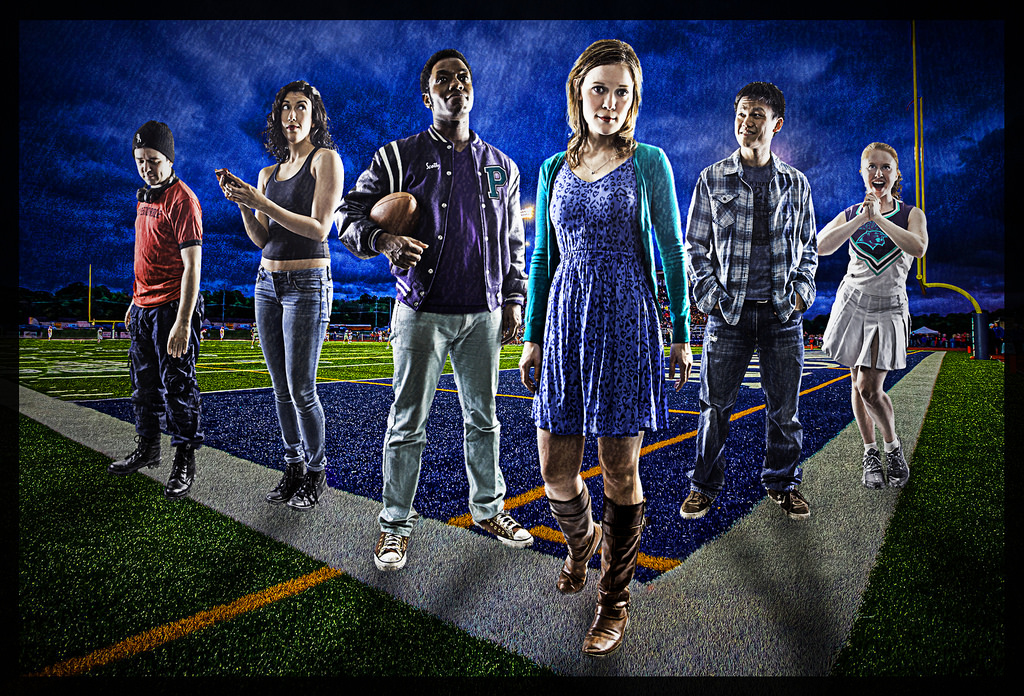 And, as always, Schulenburg's language dazzles. Much of it is the rat-tat-tat of interweaving staccato dialogue. The rhythm can be hypnotic or jarring or seductive or scary, and the energy doesn't lag for a second. Some sections have the sound patterns of different sorts of rainstorms, in keeping with one of the play's major metaphors.

And the longer speeches are full of riches. Here is Leonard's description of Scotty becoming Jane's first lover:


He must have felt like Hiram Bingham, the treasure hunter who found Machu Picchu. With her clothes on, he stood there thinking he knew everything, and then, then the sun rises over the peaks of Huayna Picchu to reveal her undiscovered city. The peak of an entire civilization lays stretched out before him, terraces of hard and soft, stone and grass leading to her Temple of the Sun. He’ll never know how to use her Intihuatana stone, he’ll look out blindly from the Room of Three Windows, but he did get there first. He got there first. And though what the treasure-hunter took from her can never be returned, her mystery remains untouched.

And here is Scotty threatening Leonard:

And here is Jane's lovely life philosophy, which is clearly Schulenburg's as well:


Oh, well. I think that we didn’t come from nowhere, right? We came from our parents, and they came from their parents, and the only reason any of them were even able to have kids is that a hundred thousand years ago, or whatever, some cave person figured out how to use fire, and she could’ve kept it all to herself, but she didn’t. She shared that fire know-how, and the whole world got a little bit warmer. And then some cave dude figured out that by sharpening stones, you could make mastodon burgers so everyone could be full, and people weren’t as hungry. And then, oh, did you know you can plant seeds and things will grow? And oh, did you know if you stack bricks like this the rain won’t get in? And we all got warmer and drier and full, and our grandparents were born into that world, and they made it a little better, and our parents did the same for us, so, I don’t know, I think if you’re lucky enough to have a moment before you die, like you know it’s about to happen, you don’t say, “oh, what does it all mean?,” you ask, “what fire did I bring to the world”, you know? How did I help people feel full?"


Kelly O'Donnell is an ideal director for Schulenburg's work, providing the structure and clarity that make the soaring possible. She and the cast, Flux regulars all, know exactly how to calibrate the humor to get every laugh yet let the humanity and meaning come through. Becky Byers plays Betty's confusion and disappointment--and murderous insanity--beautifully. Sol Crespo as Lexi the Sexy nails the languid confidence of someone who has spent quality time at the top of the food chain. Alisha Spielmann inhabits Jane fully and, well, beautifully. Chester Poon is stalwart as the best friend who discovers that may he isn't that nice after all. Isaiah Tanenbaum spits out his rants with comic perfection. And Chinaza Uche manages to give depth to Scotty the Hotty's shallowness. Will Lowry's set is smart, adaptable, and surprisingly pleasing to the eye. Kia Rogers' lighting adds the right atmosphere and occasional magic. And Stephanie Levin's costumes do exactly what they should do.


Watching Jane the Plain right after the Tony Award nominations were announced, I wished heartily that the best of Off-Off-Broadway received the attention it deserves--and, specifically, that Flux received the attention it deserves. I only saw one of the nominees for best play (Outside Mullingar), and while I enjoyed a lot of it, it was thin gruel compared with Jane the Plain and most of Flux's impressive output.

(6th row on the aisle; press ticket)
Posted by Wendy Caster at 9:36 PM