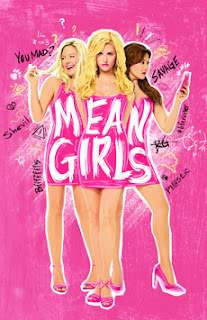 Paradise Blue
Dominique Morisseau's play, which is being staged just down the hall from Our Lady in the Signature complex, could use some workshopping to tie up its own loose ends. As it stands, there's an awful lot packed into the show: struggles against postwar gentrification; the legacy of African-American culture and art; the specter of hereditary violence and emotional affliction; spirituality and its promise of an afterlife; race, class, gender, and all their discontents; the relationship to time and place; mental illness and domestic violence.

The play focuses on Blue (J. Alphonse Nicholson), a troubled trumpeter struggling in the years after World War II to keep his nightclub, the Paradise, alive in the rapidly gentrifying (and now completely gone) Detroit neighborhood known as Black Bottom. Haunted by memories of his mentally ill father, also a gifted musician, Blue struggles over whether to sell his venue and move away with his bookish and resistant partner, Pumpkin (Kristolyn Lloyd), or stay and fight his demons--and the white investors who want to buy up the neighborhood. Meanwhile, his bandmembers (Keith Randolph Smith and Francois Battiste) hang out, argue with Blue, and struggle through their own lives and with their own demons, which are stirred in part by the appearance of the mysterious and beautiful Silver (Simone Missick). Are the characters symbolic? Is Silver a real woman or is she being sent from the beyond? Is the action actually happening, or is it allegorical? Engaging though Paradise Blue is, due to the typically excellent direction of Ruben Santiago-Hudson and an exceptionally strong and committed cast that's not above chewing a little scenery from time to time, I'd love to see it mounted again after some sharpening. A few revisions, I think, would nudge Paradise Blue beyond an enjoyable, engaging, and provocative stew into an absolutely dynamite piece of theater.


Dance Nation
My daughter, herself a kid, really hates shows with nothing but kids in them. (Don't ask: we had one bad theatergoing experience that she continues to hold over my head because apparently you never know what well-meaning outing will end up scarring your offspring for life.) So when I first described Dance Nation to her as a show about preteens in a dance competition, she nixed it, only to change her mind immediately when I explained that the teens are all played by adults ranging from their 20s to well into their 60s. The notion made her laugh, and indeed, the show is funny and very sweet. The fine cast, however, captures the tail end of childhood very well without slopping into parody, and this is a big part of what makes this show as good as it is.

Like The Wolves, to which it is being regularly if not always fairly compared, Dance Nation is so loving of and respectful to its young, mostly female characters that it functions as a stark reminder of how little else is: usually, depictions of girls are either sexualized, infantalizing or condescending, and sometimes all three at once. Dance Nation is most like The Wolves in its refusal to do any of that. Here, a group of middle-American suburban girls (and one boy) prepares for a big dance competition under the tutelage of Dance Teacher Pat (Thomas Jay Ryan) and the watchful eyes of a group of doting moms (all Christina Rouner). I had absolutely no trouble believing these grownups as the tweens they were playing. I loved some of the monolgues, during which characters break from the action to speak of their lives from a perspective that involves the collapse of time: they are at once the children they were and the adults they've become. Not as cleanly structured as The Wolves, and prone to more experimental leaps in form and presentation, Dance Nation is, as a result, a little chillier and harder to follow at times. Still, it's wonderful, engaging, and worth a look; the fact that it keeps getting extended is testament to that.
Posted by Liz Wollman at 2:55 PM