It was 1995. I was visiting from California and only had time for two shows. One, of course, had to be the new Sondheim, Passion. I had heard raves about Donna Murphy, who was, of course, rave-worthy, but I was really blown away by the blonde actress playing Clara. Her voice was gorgeous, every note a gift. Her acting was superb. And she was incredibly attractive as well. After the show I pulled out the program and saw that her name was Marin Mazzie. 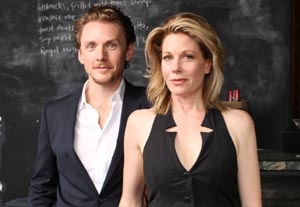 It turned out that she could do anything. Ragtime. Kiss Me, Kate. Man of La Mancha. Spamalot. ENRON. Carrie. A Streetcar Named Desire (one of the best Blanches I've ever seen). Next to Normal. The King and I.

Marin's career was unusual in that, while she originated roles, she also worked as a replacement. There was a time (before Bernadette Peters took over A Little Night Music from Catherine Zeta-Jones) that going in as a replacement was seen as "less than," but Marin made the roles her own, and she was never less than  anyone (and in some cases, she was actually more than).


Marin was a superb interpreter of the American Songbook. She made the songs her own, and she made them new. Her "Bewitched, Bothered, and Bewildered" is my favorite version ever.

Marin was also a hero. Her response to her ovarian cancer was extraordinary; she became an activist for early diagnosis and never let her ill health stand in the way of making a difference. Her husband Jason Danieley told a story about her being horribly sick, yet dragging herself out of bed to go to speak before congress!

While Marin's activism was amazing, she was also a hero for the simple decision not to wear a wig or a schmatta when she lost her hair to cancer treatment. When I lost my own hair to chemo, I was far more comfortable going into the world than I would have been without her example. Hell, if someone as glamorous as she was could go bald, who was I to complain? 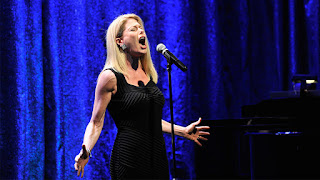 I wish I were half as good a writer as she was a performer. Then I would be able to do her justice. I'll leave it at this: the world was a much better place when Marin was in it.