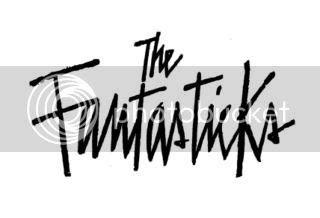 I took advantage of the 20at20 off-Broadway promotion (in effect through Feb. 8) to catch The Fantasticks for $20. (Actually $21.50.) What better way to spend Super Bowl Sunday afternoon, after all, than attending a classic piece of musical theater? There wasn't very much to note; it's The Fantasticks, after all. Subbing for Lewis Cleale was Scott Willis, who made a formidable El Gallo. I teared up at "They Were You." A basic good time was had by all. There was something a tiny bit odd about the venue, though. It's in the Jerry Orbach Theater, in the Snapple Theater Center. Hence the lobby has a dual Snapple-and-Jerry-Orbach theme. Wonder what Orbach - who was in The Fantasticks when it first opened off-Broadway, in 1960, long before Snapple was a gleam in some marketer's eye - would have thought. The Fantasticks: maybe not the best stuff on Earth, but for a Jackson plus a buck-fifty, how can you go wrong? Bonus lobby feature: read all about Jerry Orbach during intermission.
Posted by Jon Sobel at 6:20 PM

Email ThisBlogThis!Share to TwitterShare to FacebookShare to Pinterest
Labels: Jon