Jordan Harrison's annoyingly didactic Log Cabin presents characters who come across as op-ed essays rather than humans. There's a gay couple and a lesbian couple who have done well in the world and are enjoying the benefits of legal marriage. There's the trans man who argues that he is more oppressed than the others are and offends the gay couple by calling them cis males. There's the trans man's girlfriend, a young woman who is somewhat pansexual but has a thing for trans men. And there's the lesbian couple's infant, who doesn't speak in real life but is amazingly articulate in the minds of his moms. (He speaks at one point without either mom there, which takes his speech out of imagination and into magical realism, but, whatever). A good 95% of what these people say is pedantic, and even intra-couple squabbling is forced to represent some point or other rather than being specific and personal. The scene changes are excruciatingly slow, and the sex scene is unpleasant. There are some funny lines; some of the performers are quite good; the show is rarely boring. But it is mediocre at best. 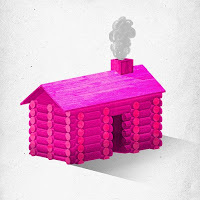