In Memory of David Bell

Earlier this year we lost David Bell, respected playwright and Show Showdown cofounder, way too young (he was in his early 40s). If you'd like to read reviews of his play, The Play About the Naked Guy, click here, here, and here. To read a New York Times article on the founding of Show Showdown, featuring David, click here. 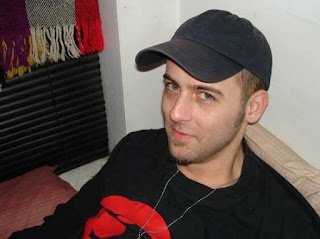 Aaron Riccio, an early Show Showdown contributor, has this to say:


David Bell was one of the humblest, most sincere people I ever had the pleasure of meeting, and I didn't even know him nearly as well as others, despite working with him on Show Showdown back in 2006. Back in the earliest days of this blog, we all had different motivations for covering theater, but David's--probably because he was also working as a playwright--came out of a loving and genuine place. He loved theater, and if you were abetting in that, he probably loved you a little, too. My relationship with David was largely professional--or whatever the word is for three guys racing to see the most theater in a calendar year--but it was always a joy to run into him at a performance, to get to hear his unique take on a show. And that, ultimately, is why I'll most miss David: he was a unique voice, taken far too soon.

Email ThisBlogThis!Share to TwitterShare to FacebookShare to Pinterest
Labels: David Bell, The Play About the Naked Guy

Oh, wow. I'm just seeing this for the first time. I had no idea. I didn't know David that well, but I remember the several lovely evenings I spent with him and Patrick when I was young and new to NYC. To think that they're both now gone is nearly unfathomable.

David was my boyfriend 95-01. Amazing, funny, giving (and an amazing...lovah!).
I think about him always.
Rob Nash

“David Bell” was trending on Twitter and I reflexively googled “David Bell Playwright” which brought me to this blog.

In 2004 I spent about 5 days living in a shop at a performing arts center in Queens building a set for “Gay Naked Play” (before it became “The Play About the Naked Guy”) for Emerging Artists Theatre, out of 1/4” foam core. It is one of the best theatre/creative memories I have. It was just me, a jig saw, paint, screws, wood, and a half dozen raccoons living in the old AC ducts above me. I loved it so much that I “over built” everything. A 2D replica of the Chrysler Building, three life sized “wise men,” a 3D rainbow/disco ball inspired “star” etc. I’m so sorry to read this, over two years after he’s passed away. Thank you, David for inspiring me to build something to gaudy, colorful, and “extra.” - Robert