We're cutting it a little close on the Tony forecast this year, but can you blame us? We've all been super busy reading the news, watching hearings, and calling our representatives all the time--and to top it off, there's no slam-dunk this year, like Hamilton was last year--this year's picks were tough! Wendy, in fact, notes that whereas last year, she often blindly went with Hamilton, this year there are categories that are much tighter and harder to call, since so many nominees are deserving. This might speak to the caliber of talent on Broadway these days, but it makes for tough guessing. As you'll see below, in many cases we are all over the map.

And yet we at Show Showdown are undaunted! Here we are, ready to march into the fray, with our Tony picks for 2017. Who will win? Who the hell knows? Still, it's fun to prognosticate, and also to take our minds off what's going on just about everywhere else in the entire universe, so here goes: 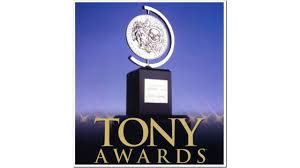 Sandra, Liz, Wendy: Dear Evan Hansen
Liz is a little preoccupied with the fact that Hansen didn't win as much as it was expected to Off Broadway. But then, on Broadway, it's almost as hot a ticket as Hamilton is.

Sandra: Sweat won the Pulitzer, but Doll's House got better reviews. Oslo could also take this, but I'm leaning toward Hnath's slow-growing hit.

Liz: I'd love to see Indecent win, but that's likely not going to happen. So my hopes fall on Doll's House, though I suspect Oslo will take it.

Liz: Can it please go to Jitney? I loved everything about that production--even though when I saw it, a senile old man sitting next to me mumbled and cursed under his breath through the entire first act, so I had to move. If a mumbly dude who's only half in his right mind can't totally derail a show for me, then believe me, it's a really fucking good show that deserves prizes.


Score
Come from Away (Irene Sankoff and David Hein)

Sandra, Liz, Wendy: Hansen
Liz: This for me usually has less to do with quality than with ear-worminess, and lately, I cannot get "Sincerely Me" out of my head for more than an hour at a time, and when it goes away, it's only so "So Big/So Small" can get in there for a while to take a turn tormenting me. So there you have it.

Liz: Oh, MAN what a revelation Denis Arndt was. Truly a magnificent performance that came and went too quickly and too early in the season. Would but that a huge upset be in order for this one. If not, though, whatever, they're all fine, yay to whoever wins.

Sandra: Laurie Metcalf. She deserved a Tony, as well, for The Other Place. She'll get it this year.

Sandra: Josh Groban surprised me with the depth of his performance, but Ben Platt will win.

Liz: If it doesn't go to Ben Platt, we are without a doubt living in the bizarre upside-down world I've secretly suspected we've been stuck in since the November election.

Sandra, Liz, Wendy: Bette Midler! Another easy one! But Sandra gives a special shoutout to Denee Benton, who made her feel much the same way Audra McDonald did years ago in Carousel.

Sandra: Nathan Lane.
Fun fact: Lane made his Broadway debut in the 1982 revival of Present Laughter!

Liz: Hell if I know with this one, but I'd love to see Thompson take it.

Sandra: Cynthia Nixon, who will edge out the two Doll's House nominees

Liz: Nigel Hook. Why hasn't "Nigel" become popular in the states like "Simon" has? Just wondering.

Sandra, Liz, Wendy: Natasha, Pierre & the Great Comet of 1812. Sandra rightly notes that the brilliantly immersive set is an important part of what makes this musical sing.

Sandra and Liz: Linda Cho. The costumes? Like butter, but not nearly as smeary.

Sandra: Sam Gold. Lots of predictions have Sher winning this one, but I hope they're wrong.

Liz: What Sandra says, but for Ruben Santiago-Hudson.

Wendy: What Sandra says, but for Rebecca Taichman.

Sandra and Liz: No one works with space quite as brilliantly as Chavkin does. She's incredibly deserving for how deftly she fills a huge theater with a piece born in a tiny Off Off Broadway house.

Sandra: Andy Blankenbuehler, whose dances were the best part of Bandstand.

Liz: Maybe Pinkleton? No idea on this one.