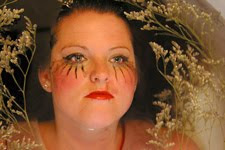 The vast majority of shows would be improved by being 15 minutes shorter. Hamlettes is the rare play that needs--and deserves--to be expanded. Written by Patrick Shaw and directed by Lillian Meredith, Hamlettes follows three 12-year-old girls as their Drama Club unravels due to jealousies and changing alliances after two of the girls decide to speak Shakespeare-ese 24/7. Shaw's decision to use heightened language lends the girls' emotions a gravitas that they might overwise lack--and, since these girls are dealing with serious, heart-felt issues, that gravitas is well-earned. (I've always disagreed with the idea that only mature actors can grasp Romeo and Juliet's deep emotions. Who feels emotion more profoundly than young teens?) Hamlettes, already fascinating, would be much improved if Shaw took more time establishing the relationships and showing the changes that the girls experience. Two or three more characters might help as well. (I would also lose the cutesy title.) But the main idea, that the emotions of tweens are no less important, meaningful, and dangerous than the emotions of Henry V or King Lear, provides a firm foundation on which to build.
Posted by Wendy Caster at 1:14 PM

Best Romeo & Juliet I ever saw was directed by Erica Schmidt in a vacant junkyard lot next to Present Company Theatorium and the roofs on either side. In her version, R&J were screechy, high-energy, ridiculous teenagers who probably weren't in love at all, but thought they were because, well, they were stupid kids. It really heightened the tragedy and gave it a modern, accessible spin.

I wish I had seen that!