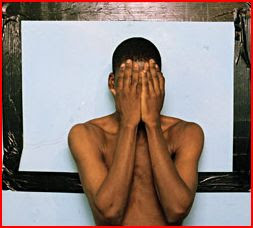 This is most definitely a political play. Its agenda is exposing the volatile and oppressive political atmosphere in Rwanda just months before the 1994 genocide of the Tutsi's by the rival extremist Hutus. To this extent the play succeeds tremendously as human rights violations are revealed and the looming sense of impending evil is firmly established. Theatricality and depth of character, however, have become less of a priority as much of the dialogue has been earmarked for didactic explanation and relationships don't quite evolve in a dramatically satiating manner. And though it is billed as a thriller, the fact that the biggest twist is revealed in an interview with the playwright J.T. Rogers in the Playbill suggests that the twist is not vital to the intended M.O. of the play. In spite of the aforementioned and some clumsy stabs at comedy, we do indeed have fascinating, often shocking subject matter well presented by almighty Roundabout's top notch production machine. I have been educated, and for that I am glad I went.
Posted by David Bell at 7:41 PM