In A Dark Dark House 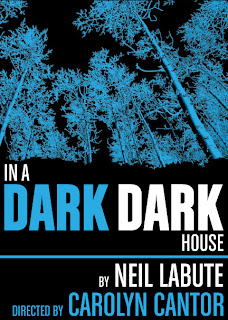 ***1/2
MCC
My guest who accompanied me for Neil Labute's latest made an interesting point. He said that Labute is writing too much. He is turning out plays and screenplays at such rapid intervals that his productions aren't the groundbreaking events they once were. There may be something in that as In A Dark Dark House treads the familiar territory of damaged alpha males fucking people over, without offering any insight that hasn't already been mined in his previous work. That being said, this IS a Labute and that voice of his remains sharp and acidic like a shot of Dewars with a dash of vinegar. And when you have two brothers with a dysfunctional past trying to cut through the bullshit and get down to the meat of the issue, there are some serious fireworks going off up in there. The cast of three are all excellent but what I will remember most about this production is Fredrick Weller, fresh out of Some Men, who is establishing himself as one of those hard working, über-talented chameleons who gives us a new human being once again as always. His execution of a well timed bear hug on his unsuspecting brother was my favorite moment in this production.